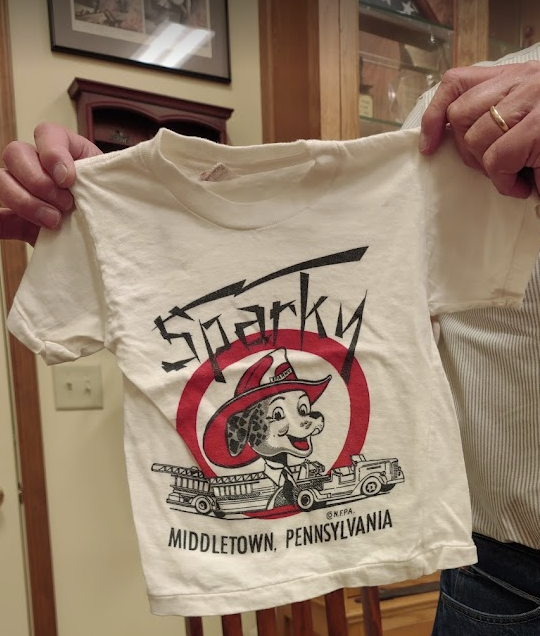 Sparky the fire dog, created and copyrighted by NFPA, is the most recognized symbol of fire prevention anywhere. What most folks don’t know is that he CVVFA helped build the brand by advocating and sponsoring Sparky Fire Departments in the Mid-Atlantic region in the 1950’s and ’60’s. So successful was the program, the CVVFA received an award from NFPA for its work and Middletown PA Sparkies were featured in Parade Magazine. Two of those young men are active members in the CVVFA.  Jack Still and Jim Wealand, who joined Sparkies while in grade school went on to have long careers in the fire service after being members of Sparky departments. Jim is involved in preserving Sparky history working with the local historical society.

Sparky Fire Departments were established in elementary schools by CVVFA member fire departments. The groups that were closely tied to junior firefighter programs, had a distinct difference. They were heavily focused on fire prevention. They were supported by the NFPA. Elsewhere on this page readers can view a vintage video of Sparky activities in Middletown, Dauphin County PA. Both Jack and Jim are featured.

We have attached some vintage Sparky material to this post and from time to time we will bring readers more information about the program. Westphal Hose Company of Martinsburg WV can be see parading in Waynesboro at the 56th Annual CVVFA Convention. If you have Sparky memorabilia or stories, let us know. We will cover them in future articles. We also stand ready to answer any questions about the role CVVFA played in Sparky history. 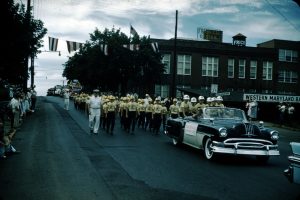 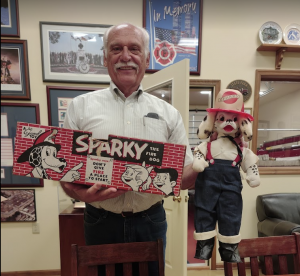 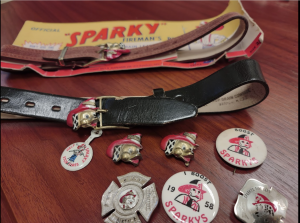 Sparky Fire Departments had lots of bling. Some which is being preserved in the Middletown history museum.