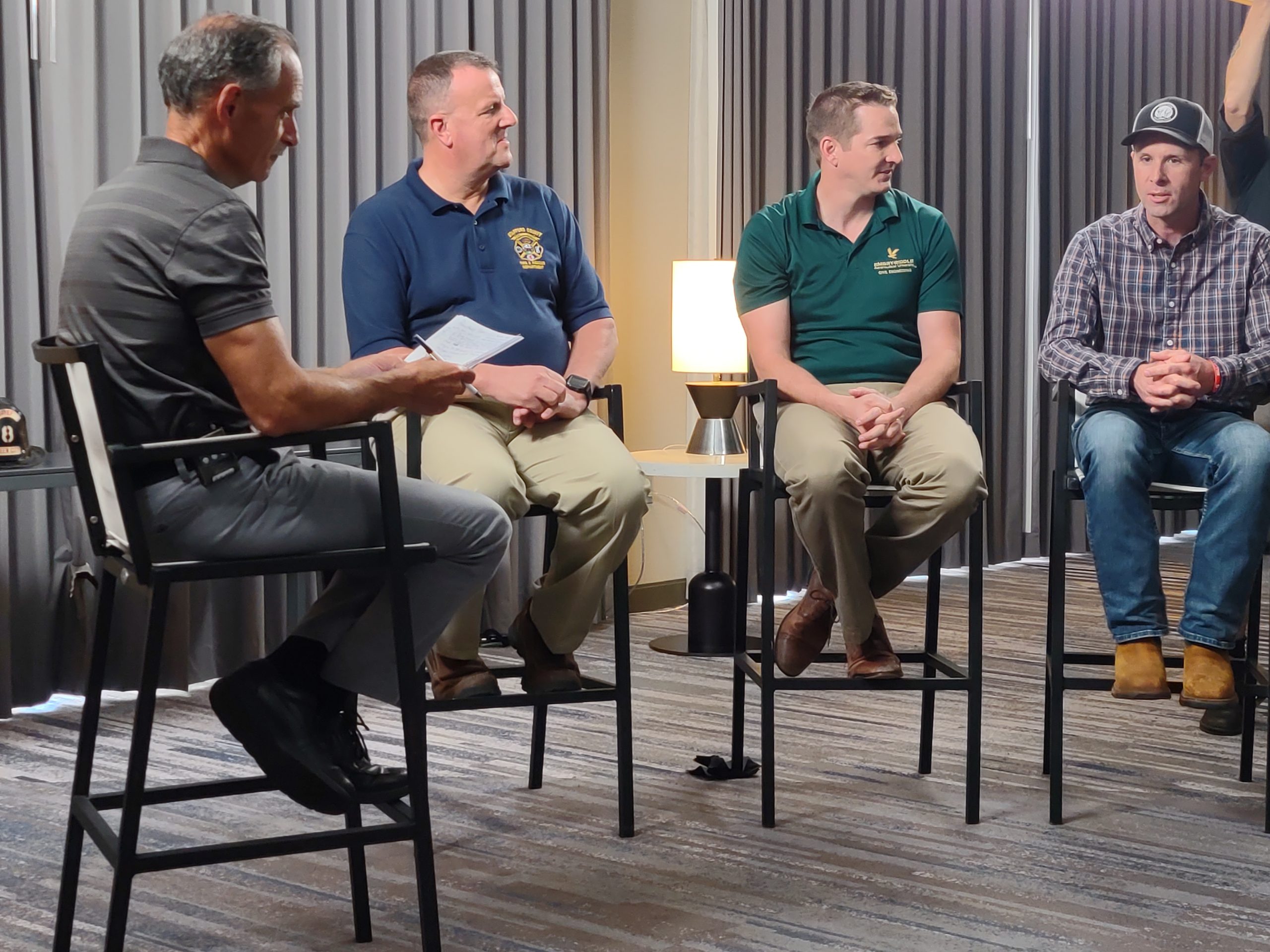 Daytona Beach FL. A video shoot conducted on behalf of the CVVFA Emergency Responder Safety Institute captured several highway incident scene safety leaders and memorialized a contribution made almost 50 years ago. Nicholas Calvano, a 87 year old retired engineer from Ormond Beach FL provided source information from studies he conducted on fire helmets at the old National Bureau of Standards, now NIST, in the late 1970’s. Mr. Calvano is credited with developing the specifications that led to the adoption of the first edition of NFPA 1971, the standard for fire helmets. The video is most relevant to our current project that is exploring responder helmet designs for those working in moving traffic at incident scenes.

Lt. Brady Robinette of the Lubbock TX FD and a CVVFA member, is heading up the helmet research. A module for the Responder Safety Learning Network is in production and includes material from the photo shoot.

Located in Daytona, Dr. Scott Parr, of Embry-Riddle Aeronautical University, was interviewed. Dr. Parr is part of a team that is conducting a lighting study on behalf of the CVVFA  with funding provided by the US Fire Administration. The study is looking lighting patterns and brightness of LED warning lights on the fire and police vehicles. The study continues with drivers later this year.

CVVFA President Chief Allen Baldwin provided an update on how the Association has managed to advance our objectives during the pandemic by remaining focused on communicating with our members.

Chief Marc Bashoor, Fire Chief and Public Safety Director of Highlands County FL conducted the interviews. Marc is the Executive Editor of Fire Rescue One and Fire Chief. Much of the content of the interviews will be used not only by the CVVFA, but by Fire Rescue One in their productions spreading  the word about the valuable work the Association is doing. Chief Bashoor is the newest member of the CVVFA Emergency Responder Safety Institute.

The last session of the shoot was a round robin discussion. We will be sharing this material with our members and the general public shortly. Stonehouse Media our production partner supported the video shoot.